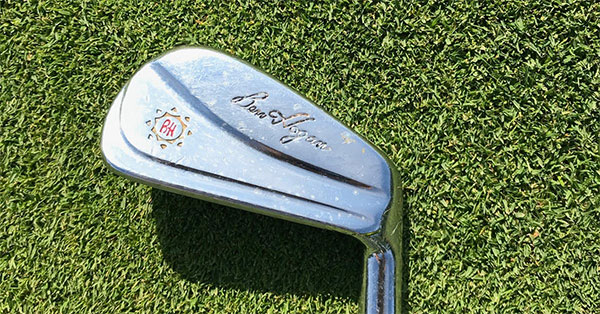 There are probably a handful of club makers in the world with the scientific expertise, the research budget, and the distribution organization to make truly game-changing golf-improvement clubs. It surprises no-one that Callaway is among that handful.

In 2013, the company came out with a set of Apex irons which gave you a whole new kick of speed and distance in your iron play. They turned heads then, and the trick when it came to updating them in 2016 was not to simply deliver the same club with a couple of kicky upgrades.

When the 2016 Apex upgrade came, it was like the arrival of the new iPhone. People couldn’t wait to get their hands on them, and quickly fell in love all over again. But surely, thought the people of 2016, this was as far as the Apex range could go. This was perfection in iron play, wasn’t it? 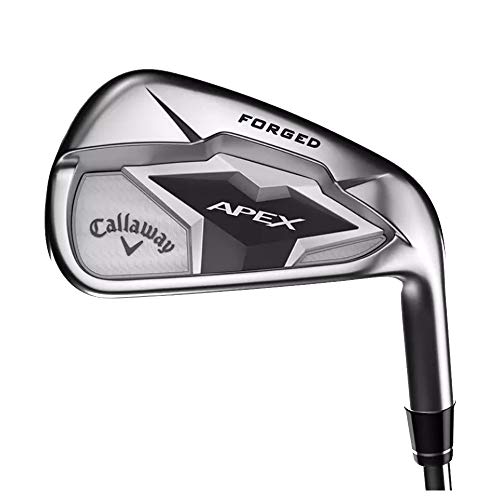 It’s fair to say that while a handful of manufacturers innovate at this speed or faster (We see you, TaylorMade…), the amount of practical thought and application that went into delivering a set of irons from beyond the looking glass of perfection in the 2019 Apex irons shows you something about the minds beavering away in Callaway HQ.

Half Mad Hatter (or Mad Hitter, if you prefer), half Einstein, approach with caution, these people know physics and can lay hold of a golf club in a handful of heartbeats.

The Callaway 19 Apex irons are, for want of a more modern description, the bomb. Thanks for coming to our TED Talk. What’s next?

Alright, fine. We realize you probably need a little more than that by way of explanation.

You want a proper capsule review? More distance, more control, more speed, better feel, a look that’s both classic and edgy, and enough innovative science to convince you that the brains behind it should be involved in the space program, rather than the golf program.

Let’s take a look at some of the Apex performance aids that have made golfers everywhere want them in their golf bags.

Certainly from 2016, one of the big selling points of the Callaway Apex irons is that you could hit golf balls and almost insane distance with them.

The 2019 version of the Apex irons takes that idea and hones it. On average, all else being equal, you’re looking at each Apex iron being a club longer than its nearest competition.

There’s no golfing situation in which that’s anything other than a sweet, sweet reason to part with your money. But distance schmistance (Note to self: never use that phrase again. Ever) – if you can’t make that distance count for something, all you’d have is a bigger whacking-stick.

You have more than a bigger whacking-stick here. The thought that’s gone into the Apex clubs means that what you have is a more or less full solution for all the issues you might face during your iron play. The Apex irons come with variable thickness and flexible faces.

That means that for instance, in the longer irons, the potential for backspin has been minimized, so you get sweet, grin-making, happy-dance-inspiring yardage, and a good deal of precision placing just for swank.

But when it comes to your scoring irons, the clubs have been tweaked to let the backspin back in, so you can get your shot-shaping game on point and land your balls exactly where you want them.

It’s that sort of thought, that level of design, that makes you sigh like you’ve come home to a warm house on a cold night the first time you take the Apex irons out on the course.

They’re the equivalent of a loving hug, a bowl of soup, and a pair of warm slippers – they make you ultra-comfortable and glad to be alive.

Speed is crucial to great iron play – it keeps your ball straighter, gives you greater distance and above all, it’s part of the thrill of the game. That’s what you need to remember about ball speed from a great set of irons: straighter, greater, thrill.

The Apex irons give you straight great thrills all day long and three times on Sunday, and it’s no accident that they do so. A 360 cup face in a metal injection-molded tungsten clubhead means the ball runs away when hit as though the club is unmasked and coughing.

There’s also been some technological adaptation of the clubs so that they can deliver the speed without jeopardizing the straightness or the truth of your iron shots. As we mentioned, the Apex irons have been designed very much for a connected but individual purpose.

So shorter irons deliver you less speed but more control. And even in longer irons, where speed is your friend, a carbon steel construction with a tungsten clubhead gives you a feel and especially a contact that’s as satisfying as a really good sneeze.

When you swing and connect with the Apex irons, it feels heavy – an unusual experience for irons, despite their…well, their being made of iron. It’s not quite like a great drive off the tee, but it has that same feeling of heavy contact, straight, sprightly ball-flight and distance that grows a grin on your face.

The straightness – as well as some forgiveness – is managed by clever technological enhancements. For instance, inside that tungsten head, there’s a urethane microsphere.

A urethane microsphere. Yes, it sounds like something you should get checked out at your doctor’s office. But you’re really going to want one when you understand what it does.

What it does is another example of the sort of brains working at Callaway. It seamlessly absorbs excess vibration. Yes, exactly – in a golf club, a device designed for swinging hard and hitting something with, they’ve fitted a shock absorber. The reason becomes more logical the more you think about it.

By minimizing excess vibration, the Apex irons limit the amount of vibrational force transferred to the ball on impact. Less vibration, less chance of unregulated spin.

That means you get a truer version of the shot you intended to play. Every time you swing. Without interfering with the speed enhancement of the red hot 360 cup face.

Seriously, get these people on the Mars mission. If nothing else, playing golf on Mars would be cool.

Let’s talk about forgiveness. We tend to think of forgiveness as first and foremost a high handicapper’s issue. But there are only a minority of rather severe, ascetic golfers who, if offered a little extra forgiveness of slice, wouldn’t bite your hand off to get hold of it.

Forgiveness – as the name implies – is always good, because every golfer can have their off moments, their unexpected miss-hits, their what-the-heck-was-THAT-supposed-to-be swings. Having more forgiveness lets you play more like yourself, and have more good days.

You remember we talked about the metal injection molding? The tungsten?

It’s another clever touch, this. There’s a cavity in the head, with a pocket in. Add an extra tungsten weight in the pocket and what you have is a set of irons that will maintain ball-speed even if you hit the thing way off-center.

Well, you remember how the Apex irons are a kind of system, graduating down the numbers with different effects in different clubs, to give you the most of what you need out of any given iron?

Yeah. That. A combination of tungsten and powdered steel has been used to make each of the weights you add, and each of them is designed to give you the effect you’re most likely to need in everything from the 3 iron down to the pitching wedge.

That means the center of gravity gets lower in the long irons, for greater loft and distance, and comes up as you go into the shorter irons, giving you more spin, more control, and much more grin than many iron sets.

Is it wrong to say that golf clubs can look sexy? What do we think? A little frivolous?

Mmmmaybe. But there is an aesthetic dimension in golf, and the Apex irons have got that covered very nicely, thank you very much.

Not only do they blend an effective offset with a top line and a sole that are model thin and scary as an assassin in an alleyway, for a dramatic ‘High Noon’ feel when you pull them from your golf bag, their brushed chrome coating makes for a good visual line through the swing and especially at the point of impact, meaning you can judge your contact and your follow-through effectively.

Plus, did we mention they look cool?

They look even cooler if you spend a little more money and go for the optional extra of a ‘Smoke’ finish, because hot damn!

What’s more, if you want all the benefits of the Apex clubs, but want to look extra cool, it might even be worth investing in the Apex 19 Pro set. As the name implies, that’s the Apex set in a business suit.

The sole on the Pro clubs is thinner still, like the scythe of a golfing cartoon Death, and they come in the Smoke option too, but as standard, upgrade from laid-back brushed chrome to full-on shiny chrome.

Some people would argue there’s no point having chrome if you’re not going to let it shine. If you want the extra-pretties, go Pro.

So what are we saying?

We’re saying…well, you know how it is. The more golf you play, the more clubs you replace, and you tend not to do it in a pricey splurge. You replace the clubs that most need replacing, as you go, when you can.

We’re saying get rid of your existing irons.

No, we don’t care that there’s just a year of wear in them. The Apex irons from Callaway give you enough advantage to make it worth the price to get them in your golf bag today, rather than waiting until it’s technically necessary to replace your irons.

Whether the Year of Covid in 2020 will have interrupted that schedule, we’re not sure. But bottom line, the 2019 set brings enough to your golf bag to warrant getting it today, just in case we’re waiting longer than usual for the upgrade.

The Callaway Apex irons may not be the best set of irons imaginable.

But if not, they’re pretty close – as far as we know. What the next iteration might include is as yet, anyone’s guess. But a set of irons that add a club’s distance to every shot you hit with them has to be worth the money.

A set that progressively changes the center of gravity to make every shot you take more instinctively right has to be worth the money.

A set which guards against your slice, gives you solid contact, uses advanced scientific whatnots to minimize vibration, and looks this good while it’s doing it has to be worth the money.

Live well, golf well – grab yourself some Callaway Apex irons if you can.