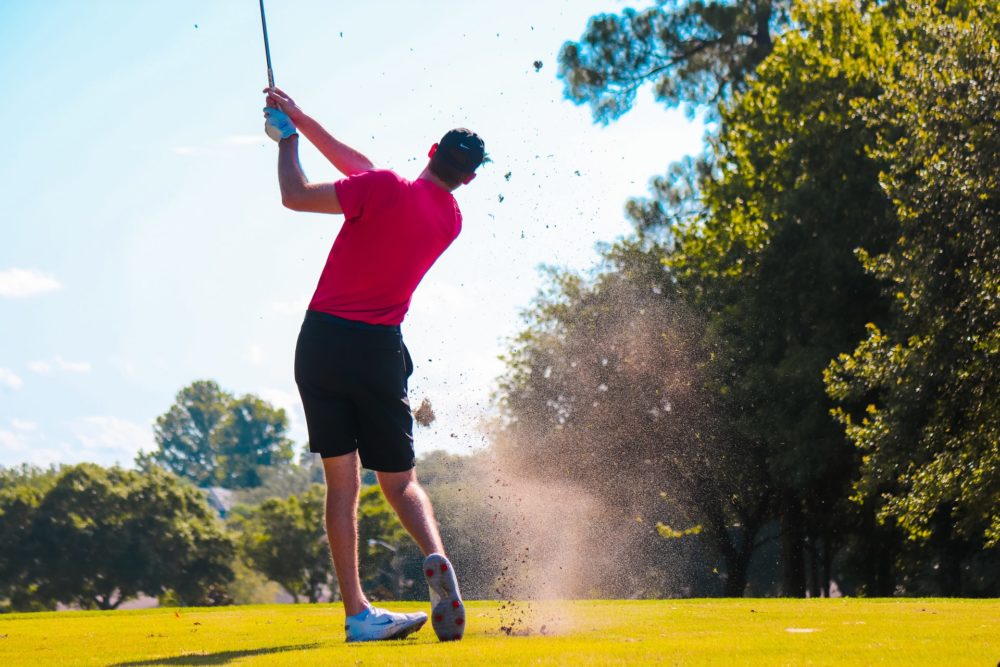 If you’re new to the sport and looking to brush up on your terminology, you might not know what this phrase everyone on the green is using actually means, but don’t worry – we’re here to explain what it is, and how to get one.

Put simply, a handicap is a numerical value referring to the number of strokes that have been allocated to a player, as determined by their ability. A useful way to divide and rank for tournaments, the lower your stroke number, the better you are.

Invented in 1911, it tells you how many strokes it should take you to successfully complete a given course, which then allows you to compete fairly with more advanced players, so as to accommodate for your difference in skill.

Besides as a ranking system, it’s a useful tool for players to monitor their progress and highlight strengths, weaknesses and potential for improvement, which can boost their confidence or spur them to work harder.

Likewise, when it comes to shopping for golf equipment, it can show you whether you should be looking at a club or a shaft aimed at amateur players or those with more skill, which will in turn serve to better your overall performance.

Fancy upping your game and taking things to the big leagues? When it comes to competitive play, most tournaments or contests worth entering require an officially calculated handicap in order to participate.

Those who have joined private golfing clubs are likely to be issued their handicap pretty quickly, but if you don’t have the cash, the time or the desire to join one, you might be wondering if it’s possible to find yours out a different way.

What Is An ‘Official Handicap’

As determined by the United States Golf Association, who oversee golf rules and regulations as well as the handicapping system, their measurement system determines a player’s ability in accordance with a set of rigorous rules.

This can be provided by any organization that has been licensed to ‘administer and manage the Handicap Index of those players who have designated it as their home club, in accordance with the requirements,’ as stated on their official website.

Verification of this score can either be evidenced ‘by a marker’s physical signature or electronic certification,’ as well as through peer review, which must follow a rigorous set of rules, and can be reviewed if it is believed there is an error.

You must submit your scores in the active golfing season of your club or league, which is different everywhere, in order to receive this official score, amongst other legislation that must be followed.

Paid Alternatives To A Private Club

Whilst these ways of determining your handicap still require an upfront payment, it’s much less than what you’d expect to pay for private membership, and they can also come with other benefits that might make the purchase more worthwhile.

Online clubs, or at least an official USGA Type Three club, at which the website states ‘members do not exhibit any regularity of play at any specific golf course,’ are cheaper to use, but usually a subscription service of between 20 and 50 dollars.

It isn’t associated with a specific location or physical place, but your eligibility to join will be determined to your proximity from an officially recognized office, and you can make use of this handy USGA search tool to find one.

Although you might not meet up ‘online’ with other players, you can organize to play against members of your handicapping club or compare scores after a game to enjoy the camaraderie that an in-person club or league can provide.

By joining a public course as opposed to a private, for between 25 and 50 dollars on average, you can avoid the internal politics and squabbling of an old-fashioned club, and there are probably plenty in your area.

As long as they follow the USGA’s rules and have applied for certification, you’ll be good to get your handicap, and to find one close by, simply have a look at the official list of golf associations provided by the USGA.

Whilst more expensive, typically around a hundred dollars including membership, joining a league introduces you to new players, contests and tournaments, and most will have their own handicapping system.

Remember to bear in mind that this must be authorized by the USGA or another official group in order to be recognized as a legitimate handicap, and if you leave or apply for a contest outside of the league, your ranking may not be recognized. 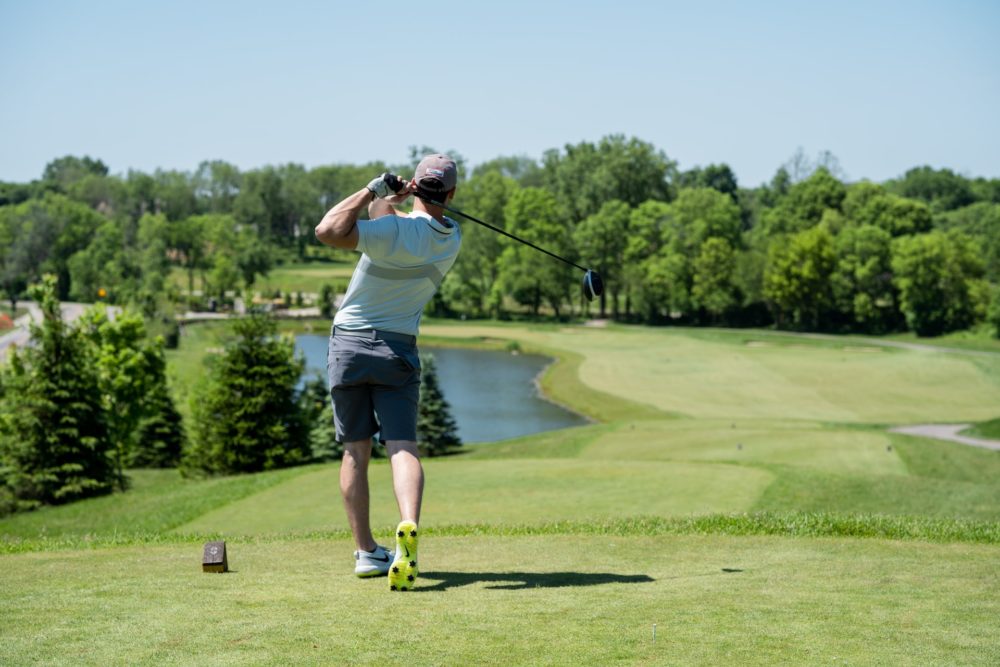 Looking for a quick, easy way to find out your most recent handicap, live from the green or in the comfort of your own home? Well now you can – it might not be as accurate as a professional assessment, and it relies on your honestly, but here it is.

Launched in January 2020, the World Handicap System was developed by USGA who worked closely with other handicapping authorities; its ethos is to provide a consistent measure of playing ability, for free, calculated instantly across the world.

Working for both a 9-hole and an 18-hole game, golfers can store and transport their Handicap Index globally, with the opportunity to play a casual round or compete against players of a similar ranking, who could be located anywhere.

Before the WHS program was launched, players who weren’t interested in paying to find out their handicap were inclined to make use of free applications, though this is mostly useful for monitoring your own progress.

Most of them are completely free or have a 99 cent to a few dollars in download fees, and a nice, succinct way to track your golfing prowess (or lack thereof…) right in the palm of your hand.

Methods of calculation will vary from app to app, and the reviews should give you a good indicator of how accurate it’s likely to be, though they aren’t obligated to follow the USGA legislation so it could be literally anything.

The majority of tournaments and competitions that require a handicap to enter will only accept one from a valid, accredited source, however, so bear this in mind if you’re looking to participate in some competitive golf anytime soon.

Always free, although not necessarily very straightforward, if you’re mathematically inclined, you might like to work out your own handicap, or some estimation of it, by keeping a note of your scores and regularly updating.

More technological players tend to use an Excel spreadsheet or similar application to do this, as they can take advantage of its automatic calculations to reduce some of the heavy numeric lifting, though keeping a notebook is absolutely fine.

First things first, you’ll need to calculate your Handicap Index, based on your most recent scores for either nine or eighteen hole games (at least five and no more than twenty) which you can use to work out an Adjusted Gross Score.

From this, you’ll calculate your Handicap Differential, which you’ll use to figure out your Course Handicap – we’ve simplified things considerably here, and of course not explained any of the methods, as this is best left to experts.

Consult this in-depth, thorough guide from Wikihow, which follows the USGA’s regulations to the letter and teaches you how to get your handicap step by step, which can be a long-winded and complex process.

Prefer to have someone verbally explain to you, complete with diagrams? Consult Youtube for a variety of videos, each offering their own take on how to work out your handicap, and there’s bound to be a teacher that suits your needs. 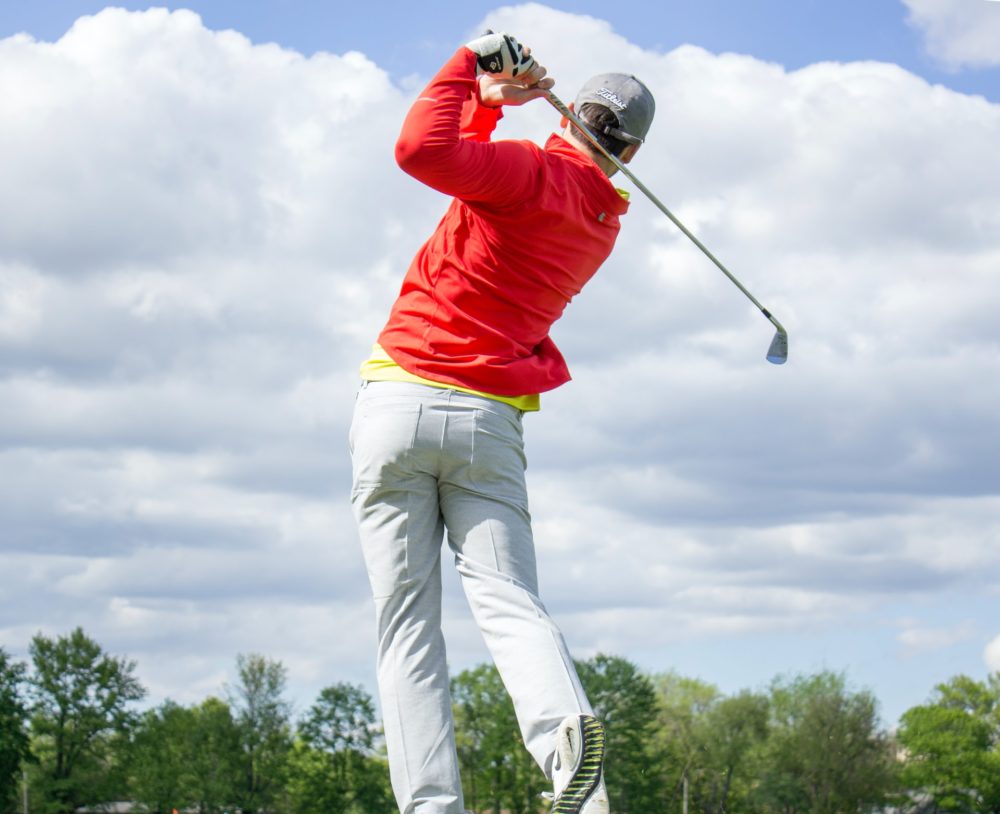 No matter what service you use to receive a Handicap, it’s important to keep a record and document your changes as they happen, so you’re more likely to play against players of a similar ability to you.

Helping to keep opportunities equal for everyone and preventing manipulation of tournaments to take advantage of weaker players, ensuring the majority of golfers have an up-to-date, accurate handicap is key to a fairer sport for all.

As we explained earlier, you’ll be able to buy better clubs that are designed to take advantage of your skill sets or subsidize where you’re limited; these will be categorized according to low, mid and high handicaps, with low being best.

From anything to speed, distance and power, you’ll find that playing with the clubs best suiting your current abilities works best, and you should always be honest with yourself – you could end up making yourself worse for the sake of pride!

Now that it’s free and easy to calculate your handicap through the official USGA World Handicap Calculator, it’s simpler and quicker than ever to access competitions and monitor your progress, so there’s really no reason not to.

To conclude: there are several ways to get a handicap without joining a private club, each varying in price, accuracy and accreditation – it’s up to you which you opt for, but as long as you stick with an official provider, it’s all good.