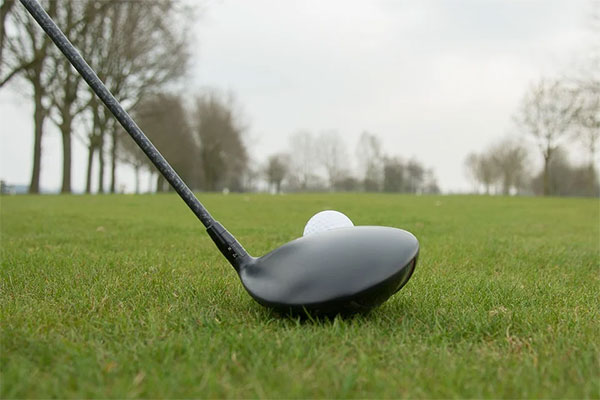 All golfers know one thing above all others: to slice is human; to forgive, divine.

A great first shot off the tee is the big one, the confidence-booster you need to play this game well.

That first soaring shot can be elusive though. That’s where forgiving drivers are a gift from the golfing gods.

They can help keep you straight, give you loft, and deliver you distance on your first shot – and boost your confidence too.

So if you’re in the market for the most forgiving driver, which should you choose?

Come with us, we can give you a golf bag full of forgiveness.

In a hurry? Here’s our top pick. 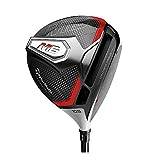 Pinemeadow’s PGX Offset driver delivers uncomplicated forgiveness, at a price point which will appeal even to newcomers to the game – people who are most likely to need forgiveness of their swings.

It has a chunky 460cc head, to give you the best chance of hitting the ball in a sweet spot, and the offset of the club gives you a clearer line of sight through the shot.

The sweet spot on the Pinemeadow is enlarged to help keep you straight and true, whatever your natural inclination to slice.

The Pinemeadow won’t do all the work for you. You’re still in control of your golfing destiny. But it will give you a good chance of a respectable distance off your first shot, with a forgiving sweet spot and a useful offset.

Say you slice your ball 20-25 yards off target, and it lands in rough that should come with its own “Here Be Dragons” sign. The Pinemeadow won’t drag your ball the full 25 yards back to where you thought it should be.

But there’s enough forgiveness in the club to get you maybe within 5-10 yards of where you aimed, even if you slice your ball finer than carpaccio.

The PGX offset driver delivers a lot of forgiveness for its price point. That means it helps most people who need a forgiving driver, most of the time. And that puts it at the top of our list of most forgiving drivers.

While it’s not only beginners who need a forgiving driver, it’s true that when you’re new, you’ll need forgiveness most.

That’s because it can take a while to train your muscles to behave the way you need them to so you can deliver straight, long drives of ultimate sweetness.

There’s no shame in needing training wheels on your drive. As with riding a bicycle, the training wheels keep you on course until your instincts and balance develop to the point where you don’t need them anymore.

Welcome to the TaylorMade training wheels.

The RBZ Black does a handful of things really well, each of them helping to deliver forgiveness to golfers who need it.

As with the Pinemeadow, you’re looking at a 460cc head, though in the TaylorMade, you have the strength and lightness of titanium on your side. The club has been down-weighted for a low center of gravity. Why? Because a lower center of gravity equals higher loft. Higher loft means more air and potentially more distance off the tee.

The RBZ Black is also…well, there’s no real getting around this…it’s black. Yes, it makes for a stylish club, but that’s not why it’s black. It’s black because that gives it extreme visual contrast from the golf ball at the point of impact.

The RBZ Black also brings the company’s Speed Pocket technology to the tee.

Why should you care about the Speed Pocket? Come to that, what is Speed Pocket technology?

It’s a way of transferring more of the energy of your swing to the ball at impact, giving you a faster shot than you might expect. More speed equals greater distance with less wobble and spin. All of which adds up to more reliable, forgiving shots.

While the RBZ Black has quite a large sweet spot to start with, it also gives you extra forgiveness of mis-hit shots, translating shots that clip the sweet spot into shots that go at least more or less where you intended them to.

That’s quite a lot of science and design deployed to give you a forgiving driver. Some more advanced players will complain that there’s a lack of adjustability in the club.

But the RBZ Black is designed to be accessible to all players, without some of the higher level shot-making choices of more refined and delicate drivers.

On a good day, the RBZ Black would be top of our list of most forgiving drivers. We’ve awarded the honors to the Pinemeadow here for its slice-correction focus, but as an overall rock-solid driver that’s as forgiving as your go-to saint, you can’t go wrong with the RBZ Black. 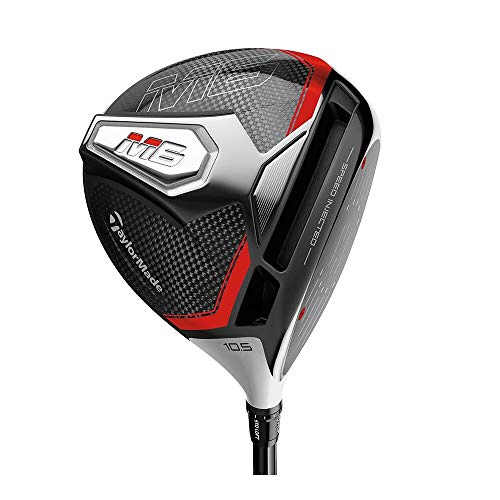 If the RBZ Black doesn’t appeal, TaylorMade has by no means exhausted its arsenal of forgiveness technology.

If you want a driver that gives you unparalleled distance off the tee with impressive control – and if you’re confident you can handle it – the TaylorMade M6 might be the weaver of your golfing dreams.

The Speed Pocket technology of the RBZ Black is one thing – it boosts speed in the swing, forgives mis-hits, and can give you some significant forgiveness. In the M6, TaylorMade raises its forgiveness still further with Twist Face technology.

Twist Face technology means the driver’s face is specially shaped to redirect mis-hits so they fly more true to the golfer’s intent. ‘Side’ benefits of that re-shaping include a cutting-down of side-spin and better, more accurate driving.

As well as Twist Face technology, the M6 also adds the HammerHead 2.0 slot at the bottom of the driver. The what-now?

A device to expand the sweet spot of the club-head, giving you a greater chance of hitting the ball as you intended, for longer, faster, and more forgiving drives.

As with the RBZ Black, the M6 doesn’t have adjustable weighting. The difference is that the M6 is geared more towards golfers with lower handicaps, so that omission might be more of an issue for its target audience.

That’s why the RBZ Black beats the M6 to second place on our list. 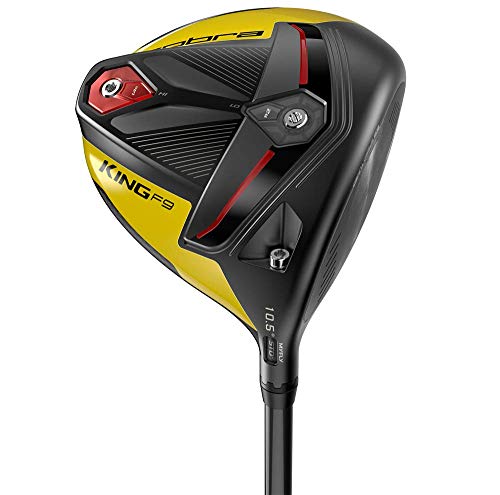 When it comes to a driver, you need three things.

You need speed – translating to distance of stroke off the tee.

You need accuracy – because distance alone is no good if it lands you in the rough.

The Cobra F9 Speedback optimizes the clubhead, to give both the swing and the ball extra speed and extra forgiveness. Combining those two elements means you automatically get better distances than some other drivers will give you.

Fast, forgiving drives will travel more distance per second and will get your ball closer to where you intended it to land.

While the Speedback optimization system is a big boost in club forgiveness, the F9 Speedback also brings its own shot-tracking system into the equation.

The Cobra Connector sensor sends your driving data to your phone so you can analyze it after the round. While that’s not a direct aid to forgiveness, it does act as a tool to reduce your need for forgiveness over time.

The center of gravity in the F9 has been lowered and pushed back, so even your mis-hits will fly straighter, with greater forgiveness.

The combination of the Speedback head adjustment and the lowered center of gravity make it a driver that can deliver the forgiveness you need to turn your slices into straighter shots on target. 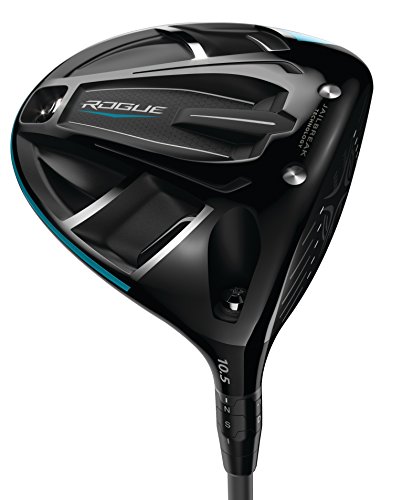 For golfers who’ve been longing for adjustable sleeves to make an appearance on our list, there’s the Callaway Rogue.

Combining an adjustable loft sleeve and what it cutely calls ‘Jailbreak’ technology – two steel rods behind the center of the clubface – the Rogue lets you drive for distance while worrying a lot less about your slice.

What gives with the Jailbreak? The rods work together to strengthen the contact zone when you impact the ball.

Coupled with an already large sweet spot, and the X-Face XFT technology, which is a lot of letters to explain ‘a thing that makes your ball fly faster,’ the Jailbreak rods give you crisp contact and the adjustable sleeve gives you options on the loft you want.

Available in a number of shaft options, the Rogue can give you a great, forgiving drive off the tee, while also delivering the tech you need to develop your shot-shaping.

If you’re getting a driver for its forgiving nature, there are a handful of things to keep in mind.

Technology is Mostly Your Friend

Here’s the deal. If a driver has a technology built into it that can be easily explained in terms of what it brings to the forgiveness of the club – why not get it?

There’s a tendency to trademark and overname these bits of technology without reference to what they do – but if you can boil it down to ‘adds more speed’ or ‘broadens the sweet spot,’ it means that club designers have thought long and hard about the practice of driving, and how to improve your club’s forgiveness.

So why not take advantage of that?

Why not take advantage of that? Beware it’s easy to add technology that doesn’t translate to an improvement in the forgiveness of your particular drive.

If it doesn’t actively help, it can make you self-conscious every time you swing a driver.

Buy a driver that works at your level of play. Clubs with adjustable loft sleeves can be perfectly valid forgiveness-engines, but will work better once you’ve got the hang of the basics of driving.

Forgiveness is a vital component in boosting your game and your confidence, but as the rest of your game improves, your need for forgiveness will probably reduce too.

Buy the driver that serves you best today, and upgrade as and when your game is ready for it.

What does forgiveness mean?

In golf, it’s the name for the degree of mitigation the club gives you when you miss-hit the ball.

Hooks and slices are different kinds of mis-hit that need forgiveness in a club.

Why do I need forgiveness?

Golf is a complex game and while you can do almost everything right, on longer shots and especially drives, the likelihood of a twist, of a mis-hit, of an incomplete contact with the ball is high, especially if you’re new to the game.

Forgiveness lets you worry less about any of that, and builds your confidence.

Is there a single ‘most forgiving driver’?

Not really – we’ve listed five of the best on the market here.

The most forgiving driver though is the one that forgives most of your particular golfing sins.